The activist’s guide to cannabis organizations: a comprehensive list 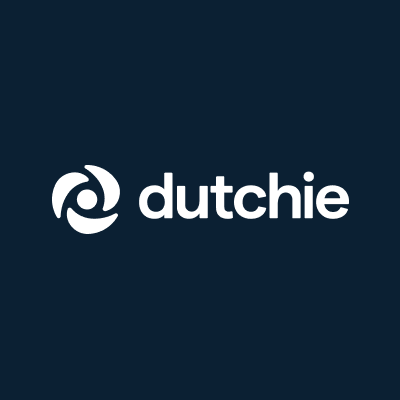 The cannabis industry has activists, researchers, and organizers to thank for its current renaissance.

Without decades of pressure on dedicated non-government organizations pushing for policy change in key states, there may never have been a legal cannabis industry at all. As a dispensary owner, you play an important role in the push towards cannabis justice and reform—whether you're an active member of a cannabis rights group or not.

The greater cannabis community centers itself around the following groups and participates in the national dialogue about cannabis rights through them. You can reach out to these coalitions and be part of that conversation yourself, making them an integral part of your social equity and community reinvestment plans.

In honor of Juneteenth, here are the largest cannabis activist groups in the United States:

The Last Prisoner Project (LPP) is all about delivering justice to people who are serving prison sentences for cannabis-related convictions. The organization serves more than 40,000 incarcerated US residents who are serving time unjustly.

The Last Prisoner Project employs lawyers to make cases for the expungement of cannabis-related offenses after cannabis legalization laws go into effect.

Did you know? Dutchie partners closely with LPP and works to raise awareness of the War on Drugs through our printed and digital receipts for all Ecommerce orders with a QR code. When scanned, customers are directed to learn more about cannabis injustices and provide the opportunity to donate to Last Prisoner Project. Dutchie will be matching all donations up to $1 million.

The National Organization for the Reform of Marijuana Laws (NORML)

The National Organization for the Reform of Marijuana Laws has been operating out of Washington, DC, since 1970. The organization supports the legalization of recreational cannabis for adults and has been at the forefront of many legalization initiatives. In 2006, NORML was behind several successful local ballot initiatives that moved cannabis law enforcement to the bottom of the list of priorities for local police.

NORML retains several hundred lawyers working on decriminalization initiatives throughout the country. The advocacy group largely focuses its efforts in swing states where public opinion is gradually swaying towards recreational cannabis legalization. It also operates in many foreign countries, including the United Kingdom, France, New Zealand, and South Africa.

Doctors for Cannabis Regulation is a global coalition of medical professionals who support medical cannabis legalization and science-based regulation. Its board of directors includes psychiatrists, addiction experts, and primary care physicians who have united for the common goal of advocating for sensible cannabis legislation throughout the United States.

In some cases, DfCR members are chosen to lead public regulatory efforts on behalf of city and state governments. The City of Portland appointed DfCR board member Dasheeda Dawson as its Cannabis Program Supervisor in January 2020.

DfCR is not as radical as some other advocacy movements and is nuanced in its approach to cannabis policy. This organization firmly bases its advocacy on scientific research and peer-based study, rather than popular or political opinion.

The Coalition for Rescheduling Cannabis (CfRC)

The Coalition for Rescheduling Cannabis is a large conglomerate of non-government organizations that have banded together to petition the federal government to remove cannabis from its list of Schedule I substances. It includes:

One of the areas where the CfRC is most active is enabling legal cannabis research at the national level. It is difficult for researchers to obtain funding to study scheduled substances, which presents an obstacle to discovering medically useful applications for cannabis and its constituent substances like CBD.

The CfRC works towards improving the public’s education on cannabis topics, from researching safe alternatives to smoking to proposing standard measurements for cannabis potency. The coalition’s large national footprint gives it recognizable power in the field of cannabis legalization and policy.

The ACLU organizes protests and legislative action to protect women, immigrants, minorities, wrongfully incarcerated prisoners, and cannabis users across the United States. The nonpartisan organization works through lobbying and litigation, organizing more than 1 million members to act in the interests of preserving fragile civil liberties in the United States.

Cannabis reform has been part of the ACLU’s agenda for decades. ACLU research is responsible for the often-cited fact that despite near-equal marijuana usage rates among different races in the United States, African-Americans are four to 15 times more likely to be arrested on cannabis-related charges. These incarcerations often carry self-reinforcing proximate effects, like being denied public housing or being unable to take out federally backed student loans – dragging down communities in the process.

Some cannabis advocacy groups focus their work specifically on people who have been disproportionately impacted by the unavailability of legal cannabis on the medical and recreational markets. These special interest groups are best-equipped to represent people who fall into their narrow scopes of activity:

The VMCA advocates for veteran’s rights, specifically focusing on the right for therapeutic access to cannabis products to be included in the VA healthcare system.

The SSDP mobilizes young people from more than 300 academic institutions around the globe, advocating for common-sense cannabis policy. It has chapters throughout North America, Europe, Africa, and Australia.

This organization wants to turn the legal cannabis industry into the world’s first female-led billion-dollar industry. It holds conferences and events designed to help women acquire the resources they need to build profitable enterprises in the legal cannabis space and is the largest national network of cannabis professionals with monthly events in the United States and Canada.

The MCBA is the first not-for-profit business league created to help create a diverse, equal-opportunity cannabis industry for minorities throughout the United States. It focuses on economic empowerment, social justice, and consumer awareness towards building a stronger, more diverse network of cannabis professionals throughout the country.

Get involved! Contact your local groups and chapters to learn more.

Cannabis activism has played a crucial role in the last two decades of progress towards legalization. It could never have happened without organized groups lobbying for policy changes at every level of government. The small, hesitant steps taken by bold activists in the 1990s have snowballed into a growing political force.

Dispensary owners and cannabis entrepreneurs will play an increasingly important role in determining the future of cannabis policy at the national level. Find out which organizations are active in your area and reach out—you might be able to help.

Note: If your organization isn’t on this list, and you believe it should be, please contact [email protected] with a link and 100-word description.